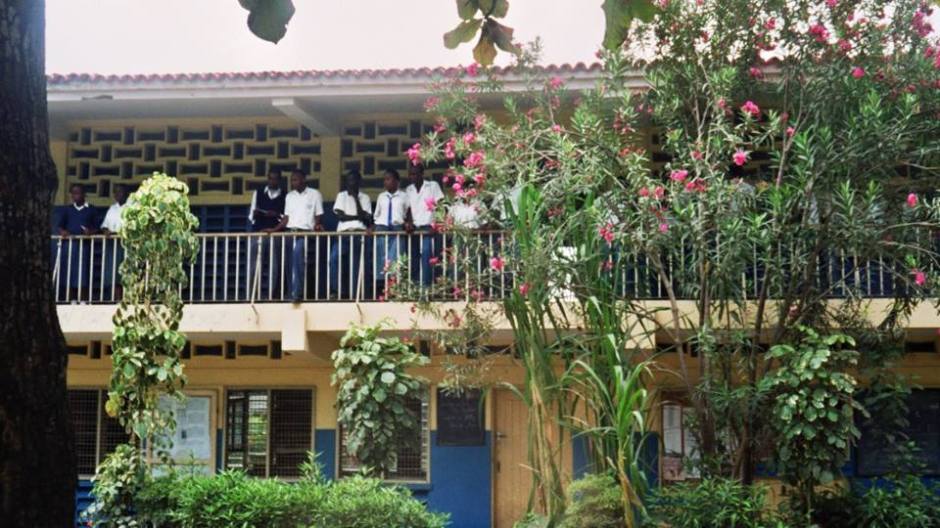 I visited Kenya back in 2007 and it’s a country I’ve surprisingly never written about.  I’m not sure if it’s been from the pressures of ‘responsible’ travel or what, but after thinking long and hard about my visit to a school in Africa I’ve decided to write about my experience.  As someone that’s been working in the education industry for 5 years, in 2 different countries, it’s interesting to now look back on my time in Kenya.

I think a big part of why I’m ‘OK’ with my visit from a travellers perspective, is that I visited while I was still a ‘kid’.  It didn’t feel as if we were the ‘rich’ people sweeping in to ‘save the day’ and then returning to our ‘privileged’ lives.  By the end of the day, it felt no different to the foreign exchange programme I was part of in Poland, it was just 2 groups of school kids learning about each others lives.

Little bit of background as to how I had the opportunity to visit the schools.  As some people may know, I took Travel and Tourism while at college and it was part of one of our units.  The Kenyan schools had an ongoing relationship with our college.  We organised fundraising events (a little like teaching us about event planning) and then went to the school personally, to give them our fund raising efforts…cutting out the middle man, making sure the students benefitted directly.  I flew over with 900 pencils in my suitcase, yes 900, I didn’t actually take many clothes because it had pushed my luggage allowance pretty much to the limit! 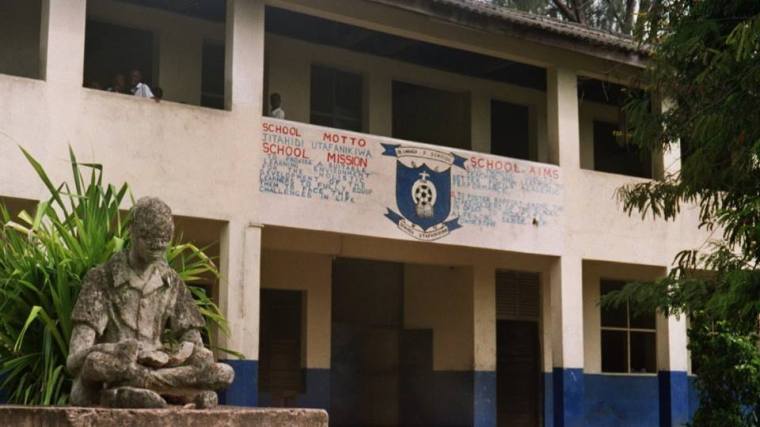 Our first school was a local primary school.  The students were ridiculously excited to have us visit, literally swarming our bus as we pulled onto the school property.  What amazed me the most was how well behaved they all were, after the initial welcome, the teachers sent the kids back to their classrooms and off they all ran.  They truly respected their teachers.

We walked around a few of the classrooms, surprised to find that in a lot of the rooms there were no teachers.  They told us that this was because there was one teacher to 140 students…can you imagine that!!! In our UK and USA schools class sizes are around 18 – 30 students per teacher and some people moan that the class sizes are too big and that their kid doesn’t get enough attention!  The one teacher would prepare an exercise on each blackboard and then just rotate around all the classes making sure all the students were getting on with their work…and they did…in silence.

Being students ourselves this shocked us and I guess showed us the divide in our lifestyles more than anything.  We were indeed ‘privileged kids’ that took our education for granted.  I’m sure the majority of my readers can probably relate to how crazy the classroom environment got whenever the teacher left the room.  My school was awful, think metre sticks wedged under door handles, pins in the blackboard so it could no longer spin…I had some right scum bags in my year group…hi if you’re reading :p !  These kids lived in one roomed homes, had to walk miles to school and yet they wanted to learn and absorbed everything like a sponge.

There were no fees to attend the school.  The only requirement was that you had to have the uniform…and the uniform had to be spotless.  I don’t think I’ve ever seen shirts so white.  The classrooms had door and window frames but no actual doors or windows, so were open to the elements.  There’d be the odd poster on the wall, a blackboard, some text books and some wooden benches and tables, that’s it.

One of my favourite memories from the primary school is when some of the students were intrigued by my camera.  I taught them how it worked and let them have a go of it.  They kept wanting to take pictures of me with their friends.  At first I felt uncomfortable posing with them, I didn’t want to be one of ‘those’ people but it wasn’t like I was asking one of MY friends to take pictures of me standing with them.  They pointed the camera at me and all their friends swamped me to be in the shot too!  Their smiles in the shots speak a 1000 words.  They looked like they were having a great time. 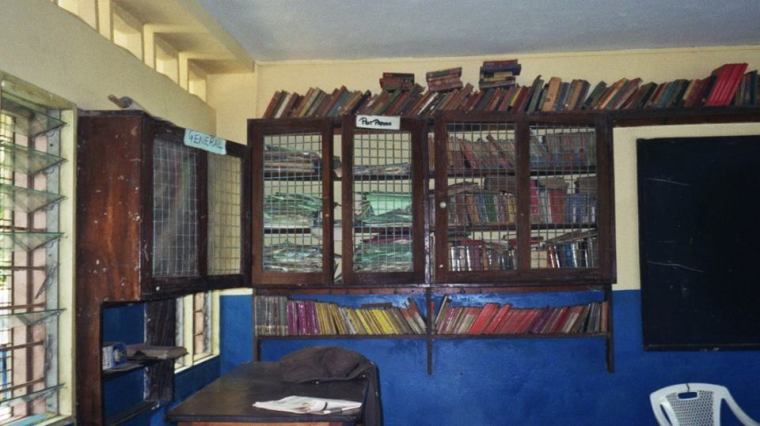 Then we visited the High School located next door.  Here we were split up and sat in and observed different lessons.  I was in Maths, Geography and Swahili.  Even though Swahili is the national language in Kenya, all lessons were conducted in English.  In geography, the students were learning about the different types of cow (ones for meat, milk etc) and their only resource was a photo album with different photos in that was passed around the class.

The High School had classes that were a more regular size with their own teacher and the classrooms were slightly more advanced than those at the primary school.  For example, they had a food technology room with ovens etc.  The school days were also a lot longer than ours, with classes that went on until the evening.

In the afternoon we all just got to be ‘kids’.  The boys from the Kenyan school played a game of football/soccer with the guys in my college class (for the record the Kenyan school kicked BUTT, in true British fashion, we lost badly haha), while the girls all sat together in the shade chatting about life.  The students were a little younger than us.  We were in our final year of college so we were mainly 17 or 18 (still High School age if living in the USA), whereas they were more like 15 – 16. 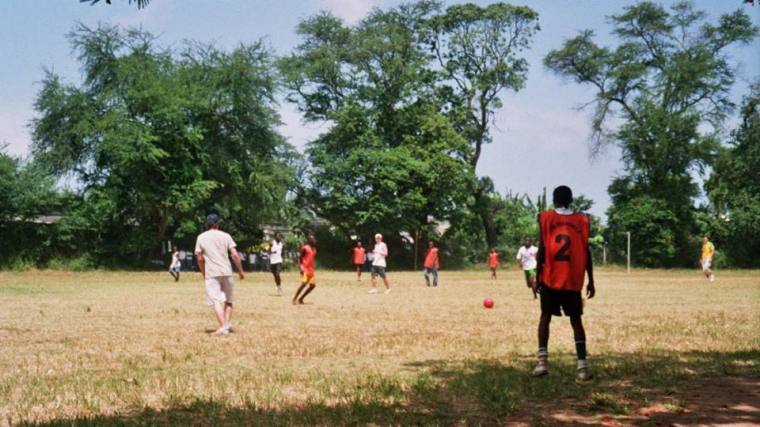 They were very interested in finding out about our lifestyles, what we liked to do, what our English schooling system with like and what the weather in England was like…they certainly didn’t like the sound of the cold!  It was slightly embarrassing for us because they asked us what type of jobs we wanted to do when we finished school.  Being a Travel and Tourism class, obviously our answers were various travel related industries, for example, at that stage of my life, my near future pretty much consisted of me wanting to be a camp counsellor on an American summer camp or a kids club rep.  Obviously Kenya does have a tourism industry (the hotel resorts, the airports, the National Parks/safaris) but all the students wanted to be teachers, doctors, nurses, making our aspirations seem a little pathetic in comparison.  But to them school meant EVERYTHING.  It was their ticket to a brighter future, where we do kinda get opportunities handed to us on a plate.

So from a now adult point of view, I don’t think I would have had the same experience if I had visited as an adult (unless maybe as an educator?) but definitely not visiting as a tourist.  Being students meant that we had something in common with each other even though in reality we were worlds apart, we spoke to each other as equals, the way friends would talk to each other in the playground. 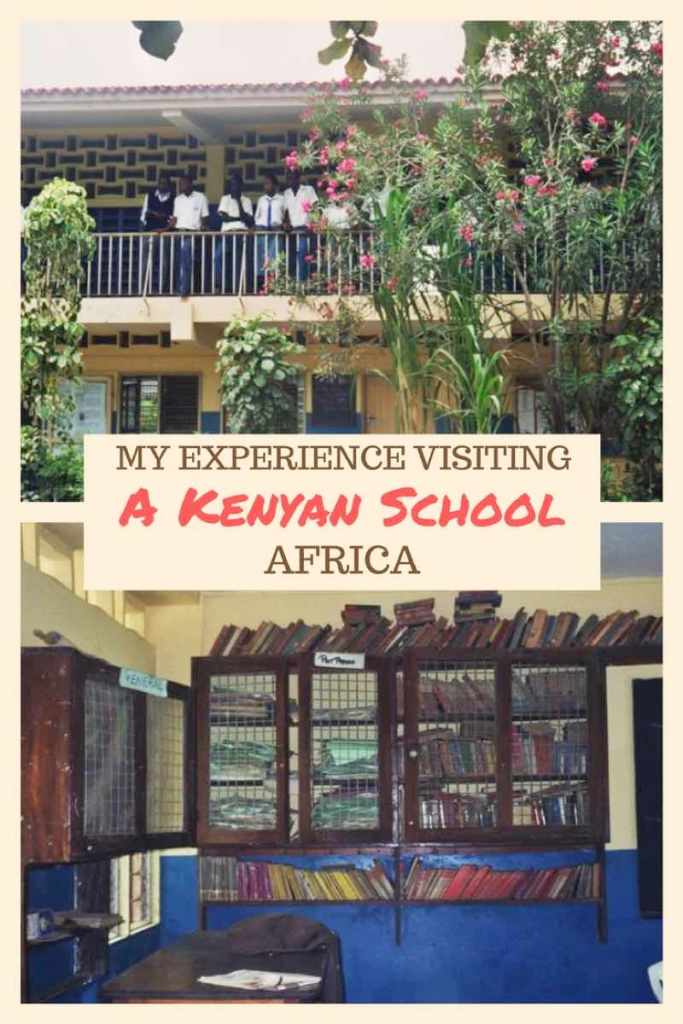 5 thoughts on “My Experience Visiting a Kenyan School”