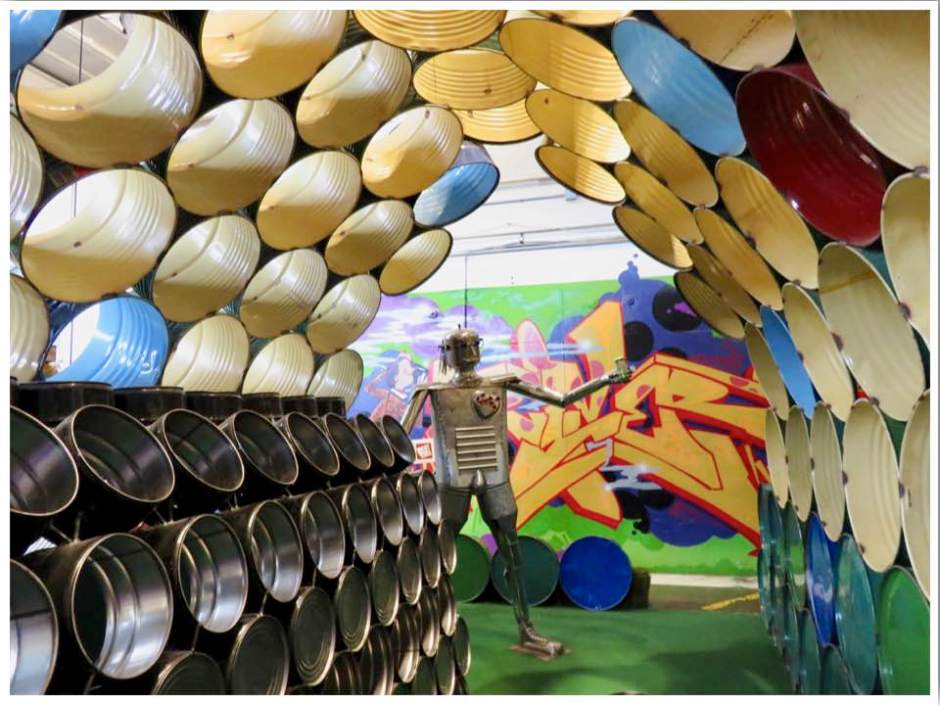 Golf tourism is pretty big…now I suck at golf, so much so if I think there’s a chance of me losing my ball, I’ll pick it up and move it to the other side of the ‘obstacle’.  BUT when it comes to mini golf I just can’t resist it, I absolutely love it, I’ve played mini golf courses all around the world and I think I’ve found my all time favourite.  Can Can Wonderland in St Paul, Minnesota has hit the nail on the head (…or should that be putter on the golf ball?) and judging by the amount of people that battled through a blizzard to play mini golf, I don’t think I’m alone in thinking that!

Disclosure: My visit to Can Can Wonderland was hosted by the Roseville Visitors Association.  As always opinions are my own…yes I really am a mini golf nut!

Can Can Wonderland is like a hidden underground wonder.  It feels like an adventure just trying to find it!  So let me set the scene.  Can Can Wonderland is located in an old factory building that was once home to the American Can Company…even as a Brit I’m familiar with Campbell’s Soup, whose tin cans were manufactured by the American Can Company.

The best way to find the car park, is to head to:

As you see the smokestack, turn through the gate near the garage doors covered in murals.  Near the end of the building, there is an electronic parking shutter that’ll lift up as you approach.  Be aware that the entry and exit uses the same ramp!  Once in the underground car park you’ll see signs pointing to Can Can Wonderland in the corner!  Parking is $2 and it’s added onto the entrance fee.  There are 2 other entrances but this one seemed the most fool proof!

This place is POPULAR!  I was speaking to some locals who said we made the right choice going early because wait times can often get quite long!  This mini golf course is a creative artist’s dream, literally.  They came up with the idea to ask people what their dream mini golf hole would be and then brought their 18 favourite ideas to life in a weird and wonderful way!  There are moving parts, lights, sounds, it is an absolute joy to the senses!

Because the holes are art in their own right, each hole has a plaque at the beginning listing the designers, engineers and fabricators, the materials used to create these masterpieces, a difficulty rating and a tip on the best way to play it.  Some of my favourite holes at Can Can Wonderland include the following!

Can Can Wonderland is just 2 miles away from the Minnesota State Fairgrounds so it’s great to have a hole with a local theme (hole 16: You Gotta Have Heart, is all about tin cans in theme with the history of the building too)!  It’s the first hole of the course and you are greeted with a giant light up moving ferris wheel.  The ball rides around the wheel in a little seat and then takes a ride down the tradition State Fair bumpy slide!

I think this was my favourite hole on the course…but that could be because I love the sea and waves!  Just like the ferris wheel, the ball rides a big circular wave before heading down a chute and into a funnel where it spins round and round before dropping through and heading towards the hole!

When Can Can Wonderland was first being built, the 18th hole was set to be the longest mini golf hole in the world!  The previous record was 201ft and Can Can Wonderland’s is 203ft.  But during construction (before it could be made official), another longer hole was built and took the record.  Ironically with my hatred of ‘real’ golf and not being able to physically see the hole, this hole should have been my worst nightmare, but it was pretty cool! It has sensors and as the ball passes it makes lights flash so you can see how far along you are.  There are also measurement markers so you can see how far you hit it.  I was scared to hit it too far…I nearly hit a man on a bike once by my ball ‘leaving’ an outdoor pitch and putt course through a bush.  If you get a hole in one you win a bumper sticker!

Other cool ‘hole’ features to mention:

Hole 5 – “Wonderwall” has a waterfall you have to hit your ball through.  Hole 9 – “Do A Flip” and hole 12 “Music Mountain” have loops/slopes where you have to smack your ball as hard as possible…and it’s satisfying because it’s easy to get it to complete its journey, it’s so frustrating when they roll back to the start!!!  Hole 11  – “No, that’s not my trick, Michael.  It’s my illusion” has a mural on the ground which makes it look like the floor is disappearing into a fiery pit.  Hole 15 – “Gramma’s Living Room”…I think anyone my age (late 20’s and upwards) would be able to relate to this hole in some way…at least I can and I’m from another country!

I think anyone that appreciates street art will love this place.  There are a lot of murals on the walls surrounding the golf course, as well as along what would normally be a dark and dingy typical factory hallway that leads to the entrance.

For those that are interested, the Can Can Wonderland website has interviews with the creators of each hole, giving a behind the scenes look at how the holes came to life.  It’s fascinating listening to their stories!

I love vintage arcade games, I find them so much more enjoyable than their newer digital counter parts!  The machines at Can Can Wonderland use quarters and are around $0.50 – $1 per game.  Games range from pinball machines to several two-player games to a 50 year old ‘Helicopter Trainer’ game (that I failed miserably at)!  There is even a ‘Vibrant Foot Ease’ foot massager which was $0.50 well spent after taking part in a 5K Hot Chocolate run in a blizzard, in Downtown Minneapolis that morning!

Can Can Wonderland also have a bar that serves up unique cocktails and ‘boozy’ milkshakes.  I tried the ‘Dreamsicle’ (Orange! vodka, juice, syrup and vanilla ice cream) and a non alcohol slushie ‘Secret Double Cherry Kola Slush’ (wonder kola syrup, secret double cherry blend, cherry bark vanilla and blackstrap bitters).  FYI the slushie comes with an old fashioned ‘Wax Bottle’ candy…only being a Brit (and not an older one??) I didn’t realise they were made from wax and had to ask if it was actually edible because it didn’t taste like it…!!!! Hilarious!  Both drinks were very good though!  The beer floats also sounded interesting! 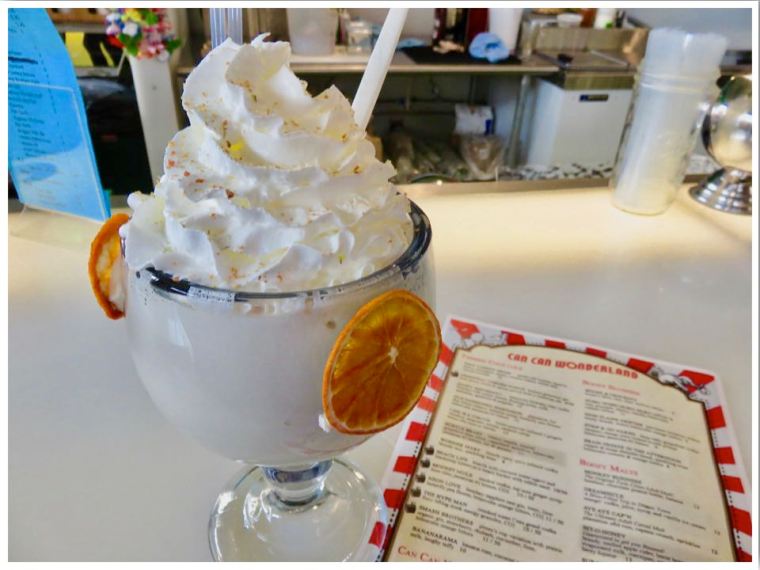 Visiting Can Can Wonderland

Check online for opening hours, when I visited it was shutting at 4pm for a private function.

My visit was hosted by the Roseville Visitors Association.  Roseville is just 4 miles away from Can Can Wonderland and is in a great central location for visiting both St Paul and Minneapolis.  Be sure to pick up their visitor guide for a BOGOF cotton candy coupon to redeem at Can Can Wonderland! 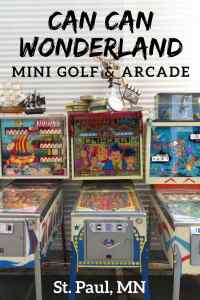 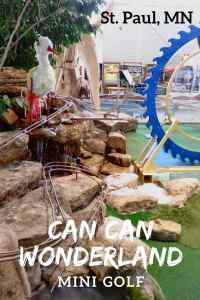 6 thoughts on “Can Can Wonderland – Mini Golf & Cocktails in St. Paul, Minnesota!”