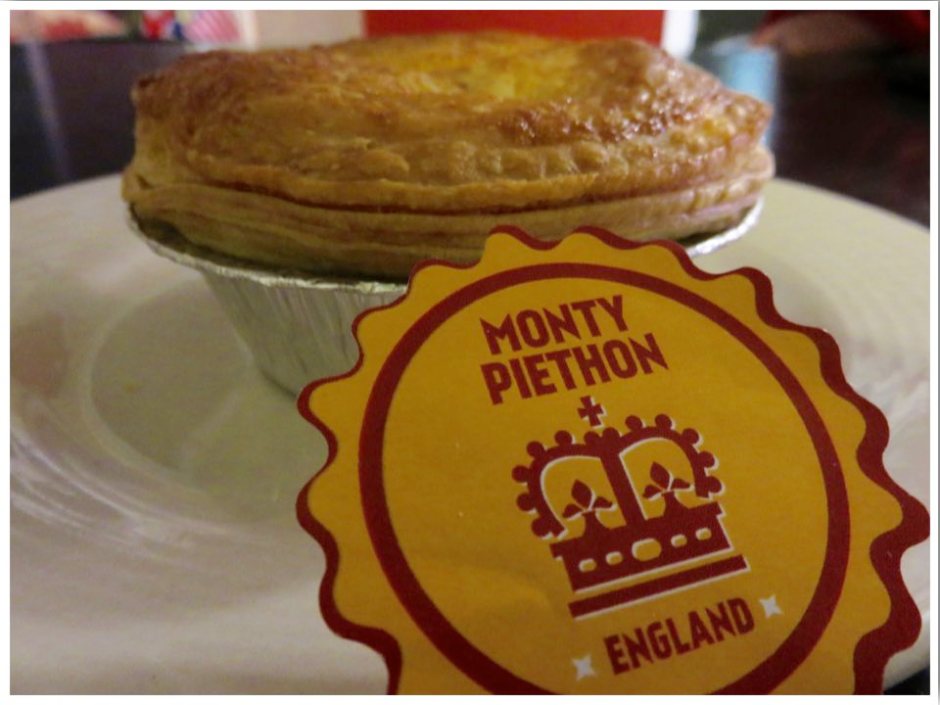 As an expat living overseas, sometimes all I want more than anything is British comfort food, the food from home that I love and miss!  One thing I used to have regularly for dinner was ‘Pukka Pies’ (you can buy them in some Fish and Chip shops too!).  Yes America have ‘pot pies’, maybe I’m buying the wrong ones because they are just nasty!  Recently, Pouch Pies reached out to me about their meat pie online delivery service! They have flavours of pies inspired from all around the world, BUT most importantly they sell traditional British pies!  I love discovering places to get British food in America!

Disclosure: Thanks to Pouch Pies for providing me with yummy pies to taste for review! As always opinions are 100% my own.

The Pouch family GET it.  Why? Because they are expats themselves!  Originally from South Africa (with a Scottish and Maltese heritage), they moved to the USA and realised that they couldn’t readily get hold of the comfort food from back home.  So what do you do if you can’t get what you want, you make your own company and produce them yourself! (Therefore pleasing all the other expats in America! Yay!)

Pouch is a restaurant and bar that’s been operating in Athens, Georgia since 2014.  They are now looking at spreading their pies all over America by offering an online pie delivery option!  I’ve never ordered actual real ‘dinner’ food in the mail before, I always questioned as to whether things would turn up in an edible condition!  But I was very impressed by my first experience!

My order went through on Monday and on Wednesday morning at 8am there was a knock on my door from the FedEx man!  It had come from Georgia to Iowa, nearly 1000 miles in less than 2 days AND the pies were still cold!!  They are packed well in a box with a second insulation pack inside, full of packing peanuts and then the box of pies.  A hazard label on the outside of the box even said it contained dry ice!  Whatever it was, worked!

I panicked a little when all the pie identity stickers had all shifted during transit and were in one big pile…HOWEVER never fear!  The bottoms of the pies have a code on them which you can then find on a table on the inside of the box lid!  Everything has been thought of!

The pies come with cooking instructions, telling you to put the pies in the freezer as soon as they arrive, unless you plan on eating them that day.  I was given the option as to whether I wanted them pre-cooked or un-cooked.  I choose un-cooked.  The only thing you have to do to prepare them was to brush egg on the top of the pie!  The pies took around 40 minutes to cook!

The BEST part of the pie is the crusty lid, it literally quadruples in size!  Pot pies in America just don’t seem to have the puff pastry lids!  I always leave them in their tin, peal off the lid (eat that first) and then eat the contents like a little bowl.  Just look at the lid!  How satisfactory is that! 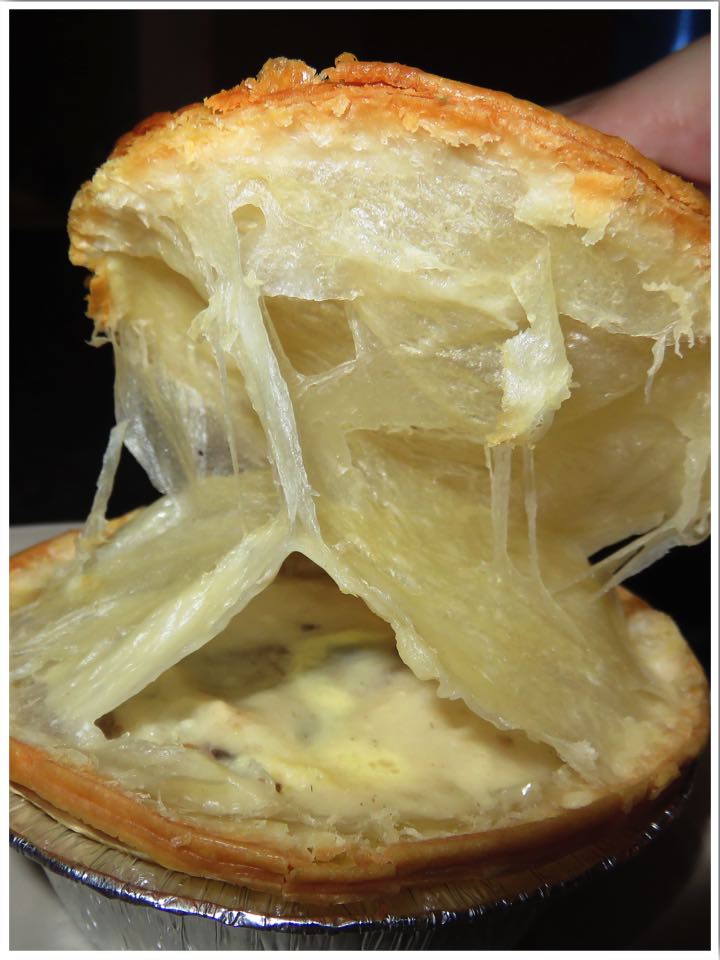 So being a Brit, obviously I wanted to try the British pies!  I had the ‘Monty Piethon’ (pun alert! Monty Python is a British comedy) which was chicken in a white wine and mushroom sauce.  The mushrooms were actually WHOLE slices of mushroom, there were large chunks of chicken and the sauce was thick and full of flavour!  There’s nothing worse than getting a pie when the gravy tastes like dirty water and in a chicken and mushroom pie you might be lucky if you find 1 pea and a lump of carrot…and no chicken or mushroom.  Very impressed Pouch Pies, very impressed!  You fill your pies well!

The second was ‘Kate & Sidney’ which any Brits may click that this is Cockney Rhyming Slang for Steak and Kidney!

Lets play a quick game of Cockney Rhyming Slang (from an area of London)!  If Kate & Sidney is Steak and Kidney, what do you think the following could be? (Answers at the bottom of the post!):

The pie was stuffed full of HUGE chunks of steak and the thick gravy had a rich peppery taste!

Travel the world through PIES

There are 14 flavours to pick from altogether, inspired by countries all around the world!  Delivery orders come in boxes of 6 or 12.  I had the 2 British pies and then the following 4:

How to get your own Pouch Pies!

You can order online at www.pouchpies.com! They only ship on certain days so keep this in mind when ordering!  A box of 6 pies cost $42, yes it sounds like a lot, it works out at $7 a pie, they are a luxury item, but when comparing them to the $1 pies you can buy in the grocery stores, it smashes them out of the park when it comes to flavour and filling!  $7 is still cheaper than a meal in a restaurant!

Answers to the rhyming slang: stairs, telephone, eyes, money, thief…How many did you guess? Let me know in the comments below!