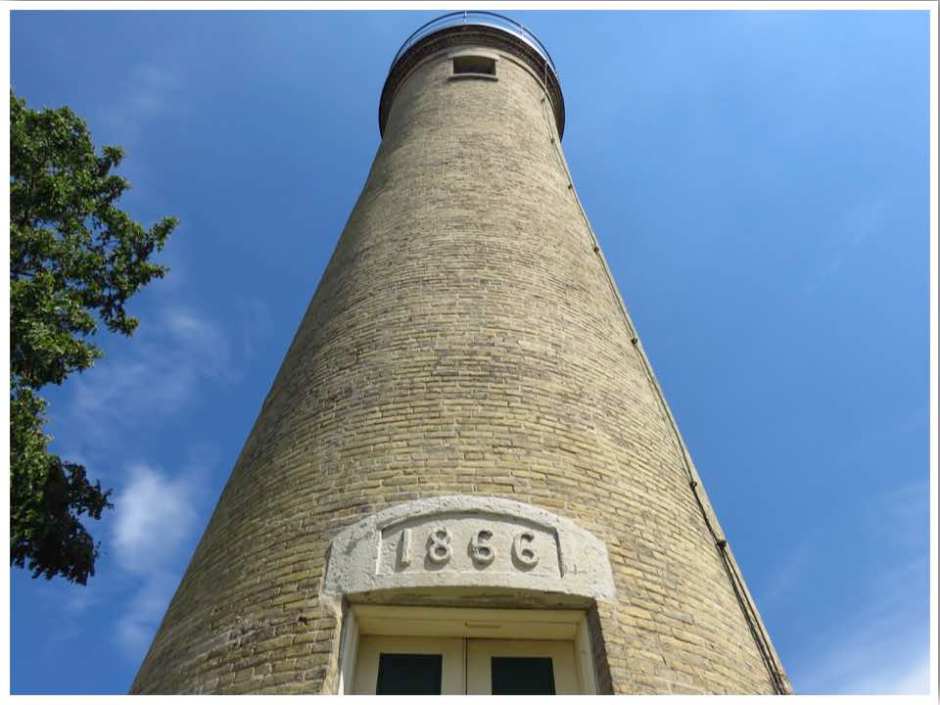 Now I was shocked to find out that it is in fact possible to reach the Atlantic Ocean from Lake Michigan.  I just always assumed with it being a 1000 miles away from the sea that it was probably land locked.  But after discovering that cargo ships could in fact travel from Kenosha Wisconsin all the way to SOUTH AFRICA, the dots of Kenosha’s history all connect together!

(Disclosure: Thank you to Visit Kenosha and Chris from the Kenosha History Center for making my visit to the Southport Lighthouse possible.  As always, opinions are 100% my own.)

The current Southport Lighthouse was built in 1866 and was in service until 1906.  It was the 3rd lighthouse to be built in that location (4th if you count the original which was literally a giant log that they set fire to!), the first 2 were built on sand so gradually subsided over the years!

The lighthouse is built from Milwaukee Cream City Brick  which is now essentially an extinct substance.  The clay from the Milwaukee River that the bricks were made out of ran out, even to the point where when they needed to extend the Keeper’s House, there was none left so they had to use a different coloured brick!  The house is a year younger than the lighthouse tower and is celebrating its 150th birthday in 2017! 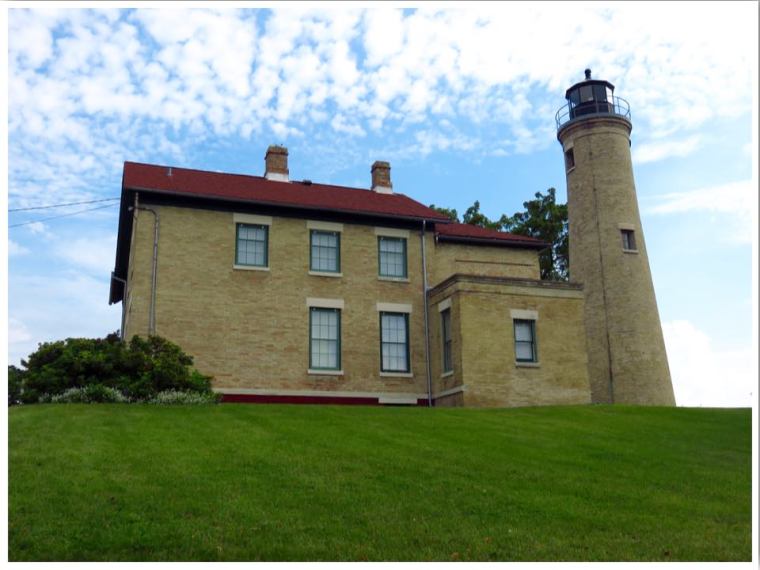 The tower is 55ft tall and has 72 steps leading up to the lantern room.  Back in the day, the lantern room would have held a fourth order Fresnel Lens (6th order is the smallest, 1st order being the biggest and was used more for ocean ports rather than lake ports) which flashed 4 times to represent Kenosha.  On foggy nights when the light wasn’t visible to boats, there’d be a horn sounding instead!  On a clear day you can see the Chicago skyline in the distance.

Originally the light was lit using whale oil, but after the Civil War it became too expensive so kerosene was used instead!  The longest serving lighthouse keeper was Louis Napoleon De Diemar who was in the position for 35 years.  His story is pretty incredible as he only had 1 arm!  Each night he’d have to navigate the narrow lighthouse spiral staircase carrying a container to kerosene!  The use of kerosene was monitored closely.  If any was spilt, it was deducted from the keepers wages! 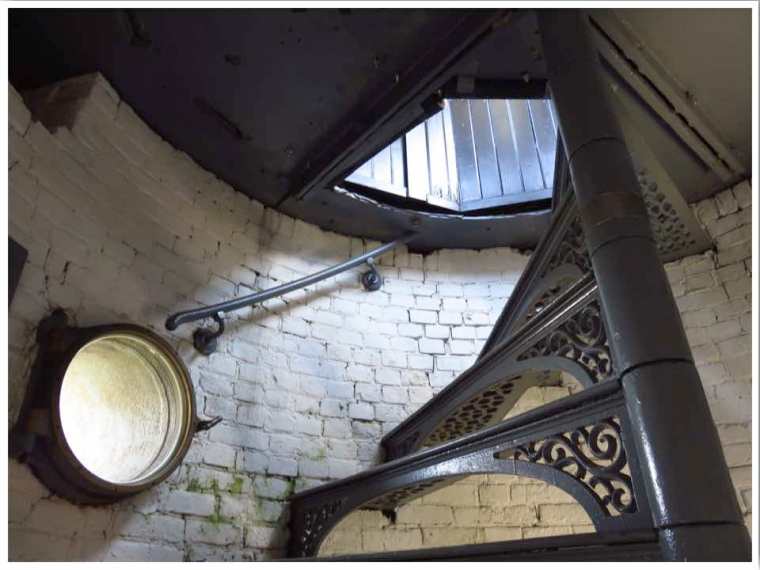 When the new North Pier Lighthouse replaced the Southport Lighthouse, it was in operation 24 hours a day and therefore required 2 keepers who lived together with their families in what is now, the Southport Light Station Museum.  Being a lighthouse keeper in Kenosha was a very attractive position due to its close proximity to the town!

So why were lighthouses so important I hear you ask!

Together, the Light Station Museum and Kenosha History Center detail Kenosha’s manufacturing/shipping industry and the story of the lighthouse keepers.

Kenosha used to have a huge manufacturing industry, being home to companies such as: Simmon Mattresses, Kenosha Engine which became Nash Motors, followed by the American Motor Corporation and then Chrysler (the auto assembly plant was right on the harbour front and employed roughly 15,000 people during its 100+ years of manufacturing, it was in operation until as recently as 2010) and the Macomber & Whyte Rope Company (who produced wire which is used on the Golden Gate Bridge, in the road for the San Francisco Trolleys and some of the rides at DisneyWorld). 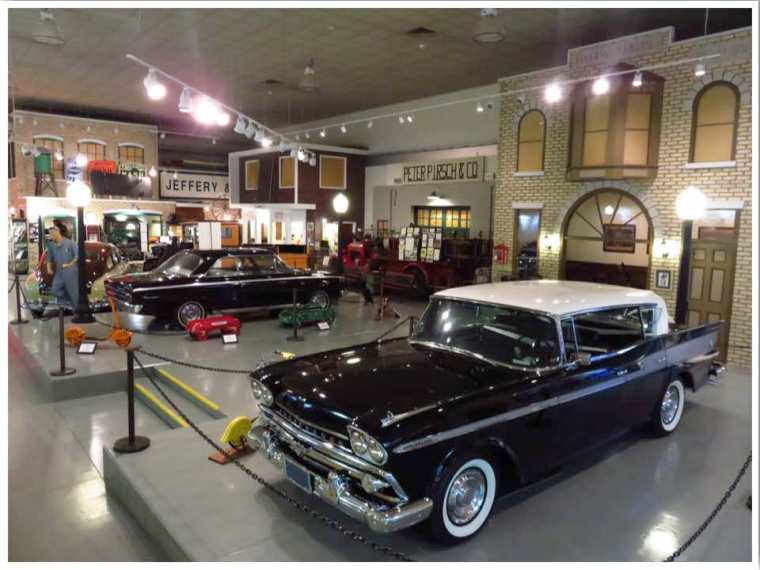 There were large cargo ships entering the Kenosha harbour to distribute these products around the world.

Part of the Light Station Museum is laid out in the way that the Keeper’s House would have looked in the early 1900’s, there’s a replica kitchen and bedroom.  Another Kenoshan to note is Christopher Latham Sholes, a local newspaper editor.  In 1867 he patented the QWERTY keyboard.  As a fast typist, he came up with an algorithm consisting of the most used words and then separated the common letters so they would no longer hit together when typing at speed.  An early QWERTY typewriter is on display in the bedroom.

The Station Museum also displays a working Fresnel Lens and equipment that the keepers would have used to light the beacon.  There’s also a room that shows some of the shipwrecks that are off the coast of Kenosha, including a full scale model of the SS Wisconsin and some of the artefacts that were recovered from the wreck.  The shipwreck is now on the Historic Register so nothing else can be brought up from it anymore.

9 thoughts on “Discovering The History of Kenosha, WI at the Southport Light Station Museum”