One thing I love about travel is when I stumble upon completely unexpected places that just hit all of the ‘awesome’ buttons.  On a recent trip to Davenport in Iowa, me and the other half came across Analog Arcade Bar.  Now, I’m not even really a gamer and I fell in love with this place.  Not only did I enjoy it, but I couldn’t help but wish my parents could see this place too!  They always go on about how it’s a shame that pubs and bars aren’t like how they used to be without arcade games like PacMac and Space Invaders…well I’ve found the ultimate dream bar that could hold the attention of several generations quite easily!

Even at just gone Noon, we couldn’t help but stop for a beer.  Even the beers were retro style, with taps that looked like an old GameBoy, one with Sonic the Hedgehog and another with Dance Mat arrows.  I opted for the ‘GameBoy’ beer, a pale ale that was actually really nice, I’d recommend it (sometimes real ales can be a bit hit and miss!!).  At 12.30pm on a Saturday afternoon, it seemed to be happy hour…with each drink we were given 2 game tokens. 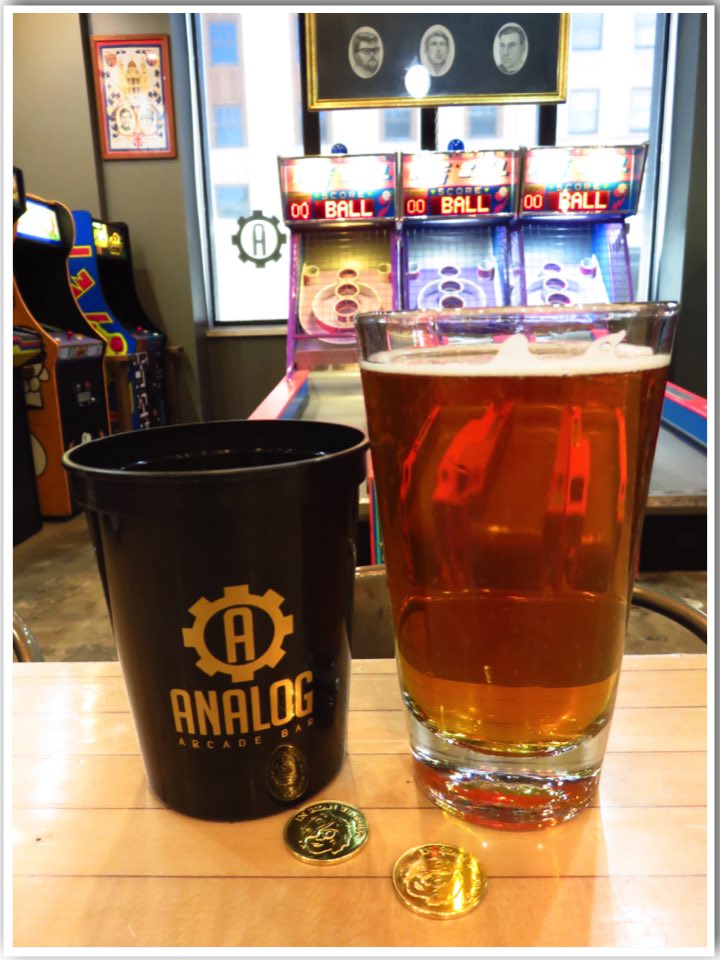 Each token is worth $0.25.  There was a machine that would change up $5 or $10 bills, otherwise the bar sold tokens of any value.  The majority of games were only a Quarter too so it felt like great value for money!

The Machines – The important bit right?!

We went back in the evening and the place was PACKED.  Most games had a wait and there were no free tokens with drinks.  It’s also a 21+ bar and EVERYONE gets ID’d on the door.  One thing I was impressed with (strangely) was the fact that every game, inside every toilet stall and even next to the sinks, there were cup holders.  I never leave a drink unattended so this feature made me feel safe! 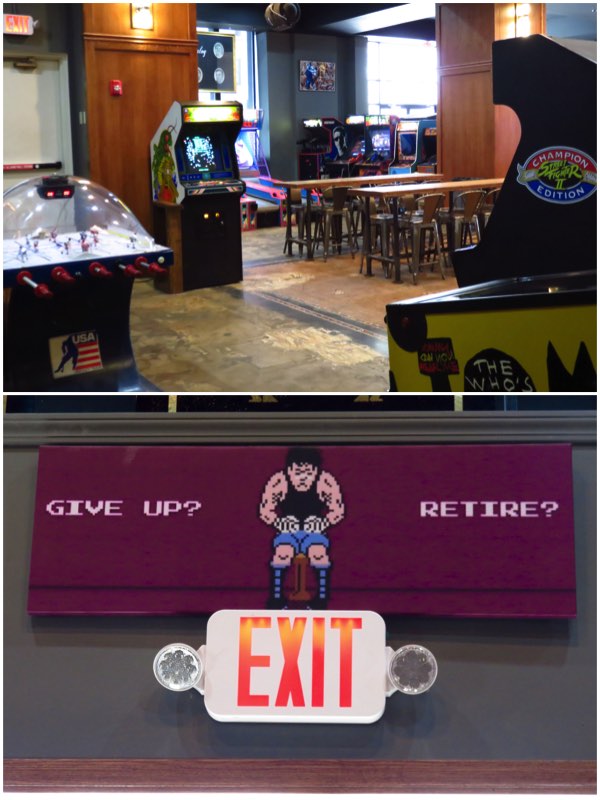 As someone that’s not a big drinker, it made a change to be in a bar and have something other to do than just drink.  It’s a perfect excuse to let out your inner child and just have some fun 🙂

If you’re visiting the Quad Cities, a visit to the Analog Arcade Bar should definitely be on your to do list!

Do you have a favourite arcade game?