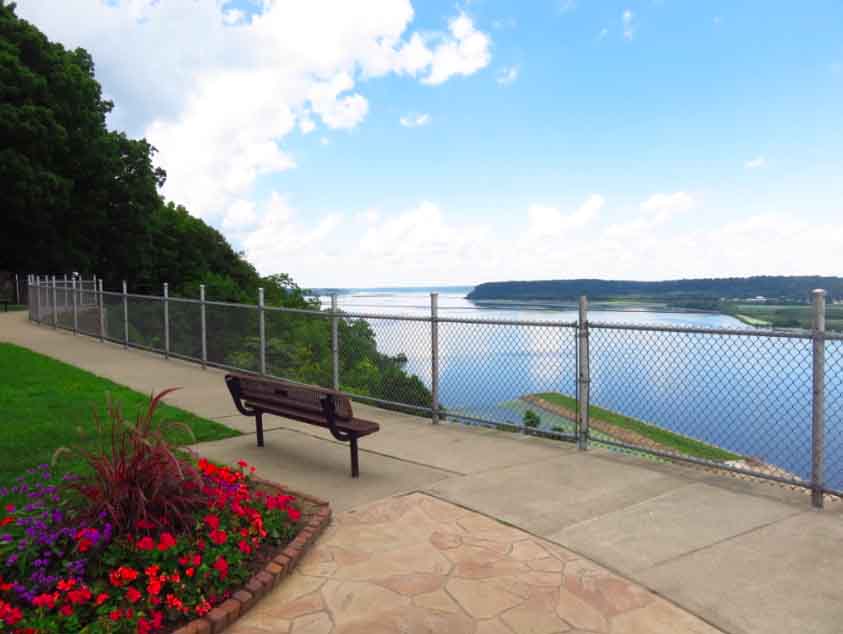 I’ve arrived in Iowa!  As a Brit now living in the States I’m having to get used to the ‘American way of life’.  I’ve noticed so many crazy differences so thought I’d share some!  There’s a few that may take me a while to get used to but there are others that definitely make life a lot easier!

There are SO many mosquitos!  I’ve been here a week and already have close to 30 bites.  I feel like a giant itch!  I’ve been to the States multiple times before but at the moment Iowa is on par with Hawaii for the amount of bug bites I’ve got!  I didn’t realise there’d be quite so many.  Rather than using Deet based bug repellants, I’ve been using ‘Bug Soother

‘, it’s mainly lemongrass and vanilla, it smells really good…I’ve just got to remember to keep using it before it’s too late!

Cicadas are like giant crickets that are constantly making noise.  It’s quite nice to listen to, however I’d imagine after a while it’d be something I don’t even notice!

I now live really close to a freight train line.  Unlike in the UK where trains don’t tend to run much between 1am and 5am, here I’ve noticed that they’ll go through the night and if a track crosses the road, that horn is going to go off no matter what time of the day it is!

In just one day two deers jumped out in front of me.  One was far too close for comfort it just sprung out of the bush, the other ran across the MOTORWAY with cars doing 65mph, the car in front only JUST missed it!!

Because I’m a newbie USA driver I’m always making sure I’m doing bang on the speed limit, however the majority of people don’t seem to follow suit, I’m forever being overtaken!  Even giant trucks over take me which is crazy as in the UK they are limited to 56mph (the speed limit is 70).

If you like laying in the bath, think again.  Not only are baths really tiny…I’m short and it’s literally the length of my legs…but they are really shallow too!

We’ve only discovered this in one chain but when the guy told us he would take it for us we were a little shocked!  I feel that people would abuse this though.  It felt a little like bell boys in hotels where the bag is taken to the room for the last little step.  If I’ve pushed it all the way round the shop, it feels lazy to then make someone else do it right at the end.

I have plastic bags coming out of my ears, it’s kinda nice not having to remember to take a shopping bag with me!  Plus I now have loads of little bin liners!

I have no problem filling up my own car, but it was nice to have the bugs scraped off the windscreen for me!

Air con – enough said.  I hate it.  If it’s 30c outside you’ll still need to carry a jumper around.

Water.  Bread.  Crackers.  Salad.  Vegetable dips.  I had the ‘light’ option of a burger and fries and I struggle to eat it.  My Mum and Sister had fried chicken and were pretty much given a whole chicken each.  At home you’d be lucky to get a quarter of chicken!

Sitting on the toilet you can pretty much see everyone on the other side of the door as the bottom is so far from the floor.  There are then gaps on each side!!  It’s really off putting when you have a small child bend down and look under your door to see if you are their Mum.  I guess I should be thankful there are walls and an actual toilet…unlike in Bosnia where there was just a hole in the ground!

I’m not a fan of fireworks after being hit by one so this rule doesn’t bother me, I just find it strange!  There are still firework displays in Iowa, you just have to go to a neighbouring state in Wisconsin to buy them!

I bought an unlocked iPhone in the UK thinking I could easily just get a sim card and stick it in my phone.  WRONG.  The two biggest phone companies don’t work with Tri/Quad band (worldwide) phones, they require a handset that can only be used in America…not really much good when you’re an Expat.  My phone works with A T&T but for the same plan I have in the UK, it’s around $30/£20 MORE 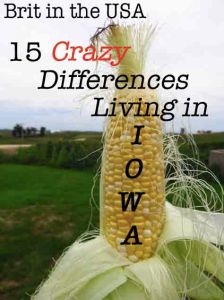 Are you an expat?  What differences have you found from your home country?  Are they any of these that you think you would enjoy getting used to?  Let me know in the comments below, I’d love to hear from you!

*Please note* Some of the links in this post are affiliate links, which means I will receive a small commission if you make a purchase after clicking.  It comes at no extra cost to you but it helps me with the running of this site!  As always, opinions are my own.