Ever since I had watched Adventurous Kate’s Snapchat of her climbing up the Kotor city walls in Montenegro, I knew it was something I had to do, I love a good challenge after all!  Here’s a quick run down of Kotor…its Old Town is a UNESCO World Heritage site, located on the Bay of Kotor in Montenegro, rather than go around…the city walls go up ABOVE the city to the Kotor Fortress of St John’s Castle, there’s even a church half way up!  The Kotor wall walk offers some of the best views of the city and bay.

Here’s the thing, I took a Montenegro day trip from Dubrovnik, we were only given 2 hours in Kotor and the first 30 minutes was taken up by a guided tour.  The good part was that the guide left us at the entrance to the city walls, it was literally just a gap between some buildings but it then only gave 1hr30 to whizz up to the Kotor Fortress and get back to the bus in time. 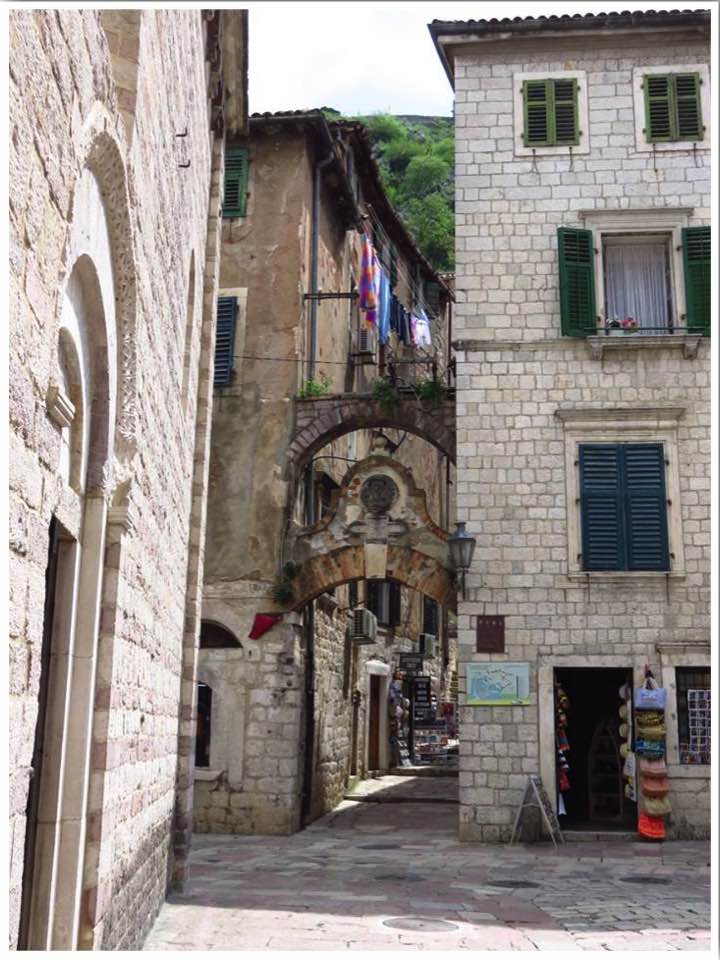 Entrance to the Kotor City Walls

We were told the walk up to the church is worth it, it’s an easy climb, gives some good views and takes 10 minutes (20minute round trip), but I wanted to get to the top, anything less just seemed like I had failed in my challenge!

The Kotor City Walls are open 24hrs a day.  During the summer months between 8am and 8pm there is an entrance fee of €3.  If you visit outside of these times, entrance is free!

If You’re Pushed For Time, Consider Your Fitness

To get to the Kotor Fortress of St John’s Castle right at the top, it look me 25 MINUTES, I was pushing myself big time, I walk a lot, I can swim a mile, I go for a jog on the odd occasion, I’m fairly fit but certainly no athlete.  It’s approximately 1300 stone stairs to the top, it’s definitely tough on the legs, the top is getting on for 300m above sea level.

By the time I got back to the bottom (50minutes), my legs were literally shaking and I was sweating like a pig.  The 25 minutes included the odd 30 second water break and a few quick photo stops.  I passed a lot of people on the way up and down that were a lot older than me so it obviously isn’t awful if you are able to take your time and have proper breaks.  I’ve heard the average time to reach the top is 40 minutes.

Made it to the top of the Kotor City Walls, sweaty and red but still smiling!

Again, especially if you are part of a tour group you may not have a choice of what time you stop in Kotor.  I visited at the beginning of MAY and my tour dropped me in Kotor right on mid-day.  It was 20c/68f and sunny when I started (but then it did come over cloudy), this probably would have been my limit, if the day was any hotter I think I may have passed out!  We were told that in the summer, temperatures in Kotor reach upwards of 30c/86f, the only option would be to make the climb in the morning or evening.

The wall walk can become very slippery in rain

It started to rain when I was half way up, it was actually a bit of a life saver as it cooled me down and gave me a bit of a burst of life!  Coming down though was treacherous, the stones are quite shiny as it is and the rain made them so slippery.  One guy in front of me actually slipped over, he hit the deck HARD and ended up limping the rest of the way down.  Most people hid in various stone ruins along the route to escape the rain until it passed, but being pushed for time this wasn’t an option.

Kotor generally gets quite a lot of rain.  Our guide told us that the sun will often be out in Budva (35 minutes away and one of the sunniest places in Montenegro), yet pouring down in Kotor!

A big MUST.  Especially on the upwards climb.  I wouldn’t even consider doing it without having a drink with me.  But then that’s just common sense when hiking/walking anywhere especially in warm weather.  There was a guy at the church, 10 minutes into the climb that sold bottles of water, but they wouldn’t have been cold and they weren’t in an ice bucket etc.  You may be fine up until here but the climb after that point gets tougher and I don’t remember seeing any other ‘salesmen’.

Just like my tips for Lokrum Island in Dubrovnik, decent footwear is a must.  I had my lovely comfortable Sketchers but I don’t think even they were completely cut out for climbing the walls.  Even in the Old Town, once the cobbles got wet in the rain I was slipping all over the place.

The steps are also quite narrow but alongside runs a steep cobbled path.  It’s not normally like me but I was mean and made all the people coming up in the rain go round me and on to the cobbles as the steps aren’t wide enough for 2 people.  Going DOWN on the cobbles, especially in the rain, just screams out accident waiting to happen (to be fair, when I was going up, I let the downwards people stay on the stairs, I wouldn’t have expected them to go on the cobbles for me).  The route is also full of switch backs. 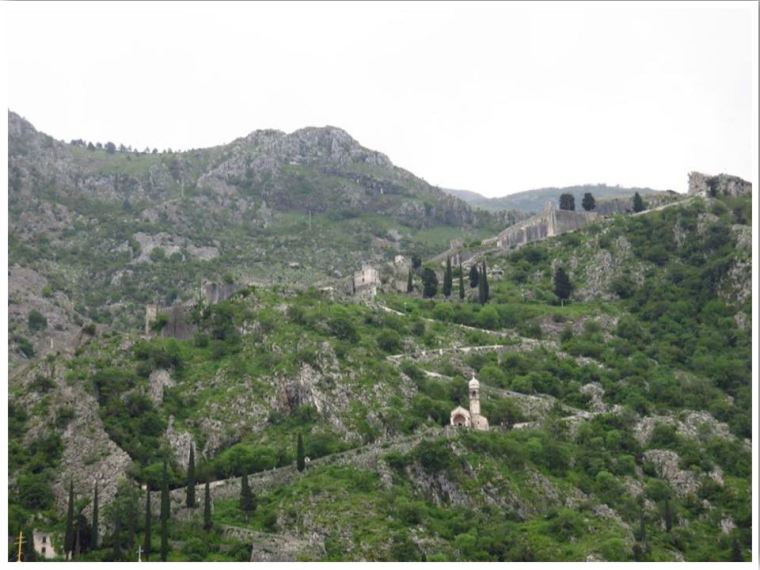 I would imagine with the amount of stairs, if you had knee problems you’d know about it!  The leaflet given to me at the entrance even states that you should consider your health before doing the climb.

I’m glad I was able to tick it off my bucket list, even if I did have to rush it a bit more than I would have liked but the view from the top is totally worth it!  Is the Kotor city wall walk on your bucket list?  Have you done the hike to the Kotor Fortress yourself, how did you find it?  Let me know in the comment below!

Inspired to climb the Kotor City Walls? Pin it for later!

8 thoughts on “Things You Should Know: Walking The Kotor City Walls, Montenegro”