When I knew I was moving to Dubuque Iowa, I began researching the area like a tourist.  I saw pictures of the Fourth Street Elevator (aka Fenelon Place Elevator) and put it straight to the top of my new found Iowa bucket list!  Have you visited this quirky Dubuque attraction?

History:  Originally built in 1882, it is the world’s shortest, steepest funicular railway.  It started life as a way for a local man, Mr Graves, to get between his home, on top of the hill and his place of work at the bottom, cutting out a journey that would usually take him 30 minutes.  It was powered using a steam engine which pulled the car up the hill using rope.  It first opened for public use in 1884.  In 1893, a fire destroyed the elevator and Mr Graves couldn’t afford to rebuild it.  10 neighbours clubbed together to get it back up and running, the steam engine was replaced with a motor engine and steel cable instead of rope.

The cable car is ran from the top station, the bottom station is un-manned.  There is a sign on the side, with the instructions to tell you what you need to do which I thought was really cute!  If the little green and white wooden car is in the station, you let yourself in, sit down and pull the cable that signals to the top station that you’re ready to come up!  With an initial jolt, you rattle off up the track.  Being the shortest funicular, the trip is obviously over pretty fast (but if you’re a geek like me, it’ll have you smiling the whole way up!).

The ride is paid for at the top station.  There are some pictures showing the history of the elevator and a little bit of information about the Mississippi River, along with a viewing platform that looks out over Dubuque and the river.  It’s also listed on the National Register of Historical Places!

Part of the Fenelon Place Elevator’s charm, is how small it is.  A lot of the other funiculars I’ve been on (such as those in Lisbon, Portugal) will cram the cars to the brim which can be a bit uncomfortable, especially if the weather is hot.  Me and my other half had the car to ourselves, there’s not a lot of room so it was nice to be able to spread out on a bench each (benches face each other).

Have you ever been on the Fenelon Place Elevator?  Are there any other must see’s in or around the Dubuque area that I should add to my bucket list?  Let me know in the comments below! 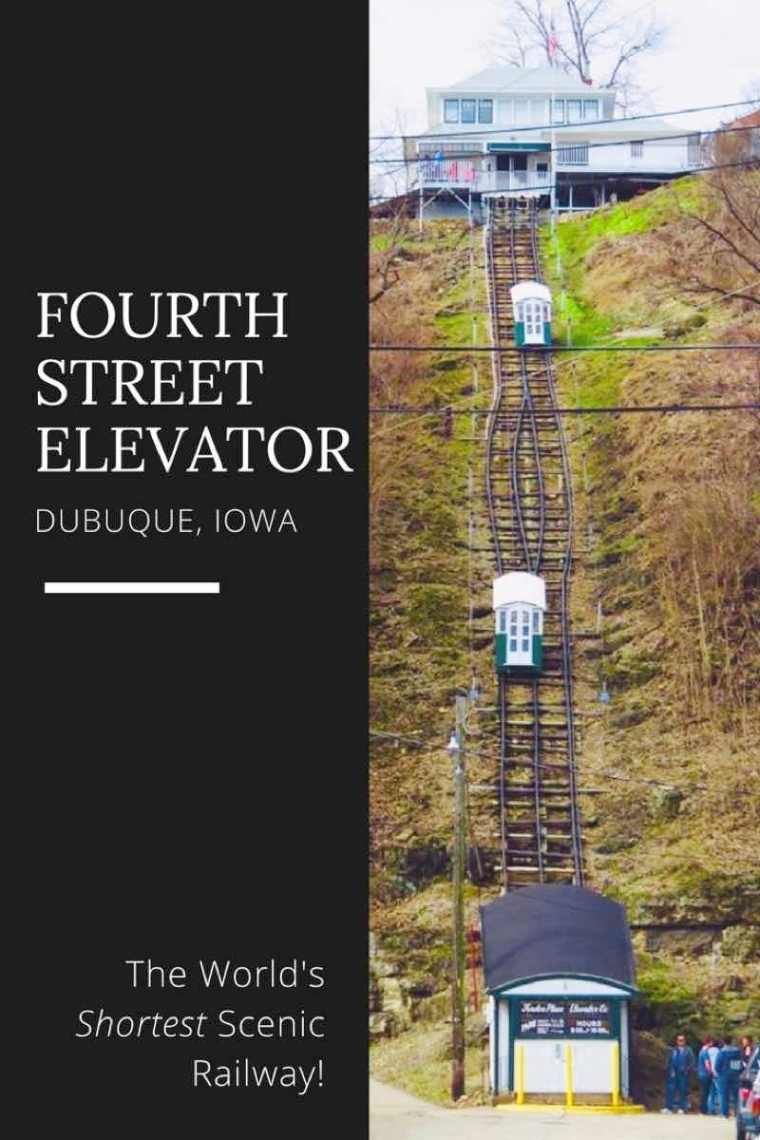