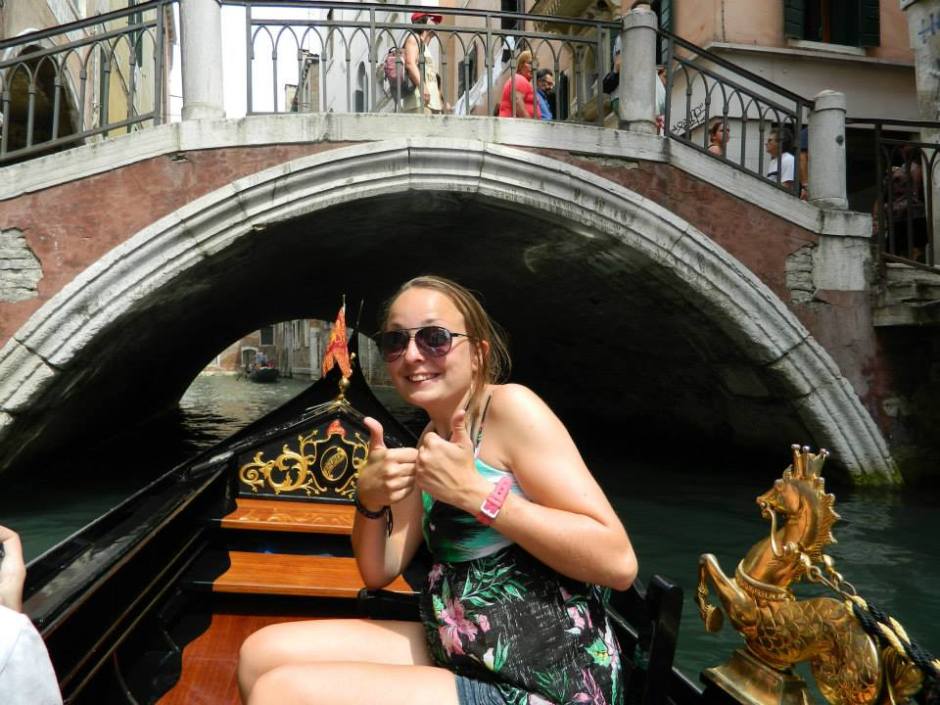 Venice was a place I have had my sights on for a while.  As I sat on the boat taking me from the car park to the main part of Venice, we passed 4 HUGE cruise ships.  My heart sank, I dislike being barged out of the way by crowds that act like they can’t even see you and knowing that the city has 1000s of tiny alley ways, I thought it was going to be a disaster waiting to happen!  I make it no secret that I don’t like city crowds…BUT I’m obsessed with water.  So no matter what the Venice Gondola price was going to be, I HAD to do it!

How Much Is A Gondola Ride In Venice?

The tour guide on my trip said the same as what I’ve heard before from other places –  “don’t bother with a Gondola ride they are expensive and commercial and you don’t need to go on one to see Venice”.  I’m glad we chose to ignore the comments, it was actually a highlight of my trip to Venice! 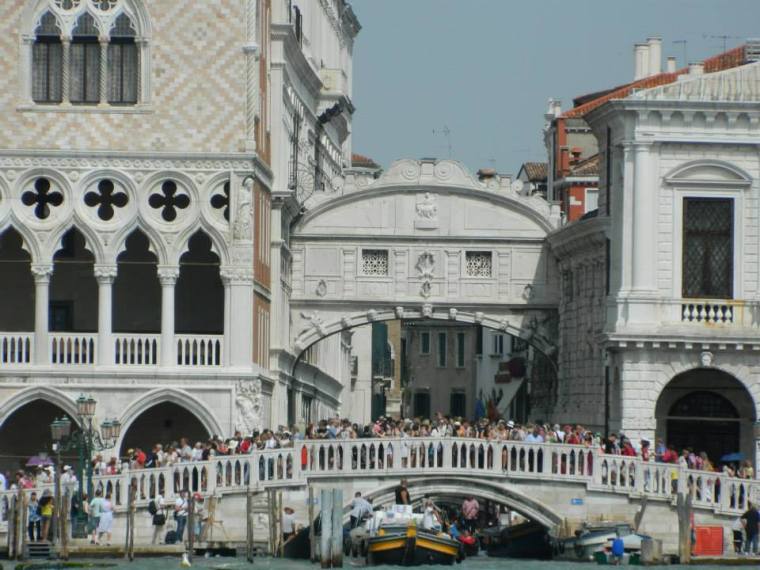 Even though the city is made up of over 100 islands and 400 foot bridges, I was surprised how little we actually saw water while wandering around the streets.  This made the one piece of advice our guide gave us, slightly difficult at first…

We were told to find a privateer down a side street as they charge a lot less than those operating in the main areas.

For a 30 minute trip from the dock just in front of St Marks Square could set you back around 120 Euros.  It took a while just to find a bit of canal with a Gondola and more importantly, a Gondolier!!  I couldn’t tell you where I managed to find it, because like most tourists in Venice, we had no idea where we were going and just stumbled around!

But success!  We managed to get a 30 minute trip for 4 people for 80 Euros (or 20 Euros each), saving us a total of 40 EUROS.  The Gondolas are comfortable and SPOTLESS.  Apparently to have a gondola made new can set you back 40,000 euros! 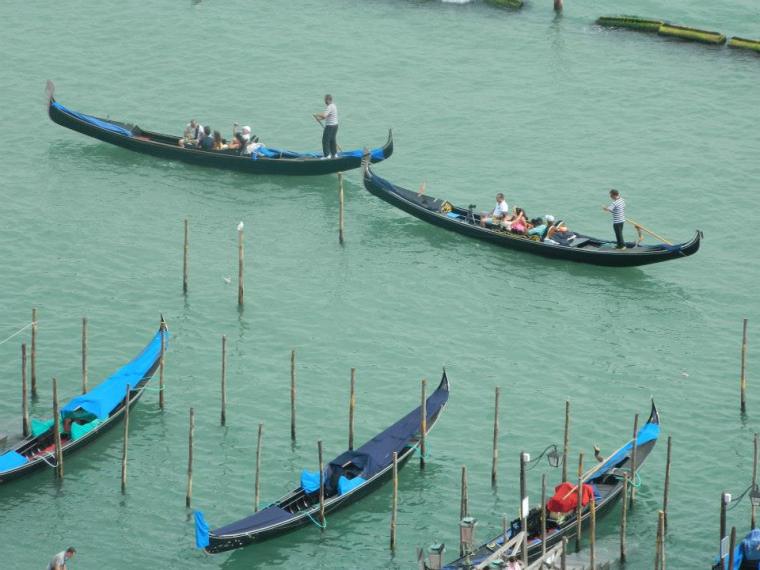 The part I loved the most, was the peace.  I like being in a city but feeling like I’m a million miles away from the craziness.  The fact that there are no roads in the city obviously cut out traffic noise, but the waterways are between buildings, there are no paths running alongside, so I was able to then escape the dreaded tourist crowds too!  You couldn’t even hear them!

I loved escaping all the ‘designer’ shop fronts and seeing the real parts of Venice.  Regular people hanging their washing out above the canals, the doorways that open directly onto the water’s edge.  Yes there was the odd bit of litter floating about, but what surprised me the most was that the canals were actually a nice bluey colour!  I was half expecting it to be brown like the Thames in London! 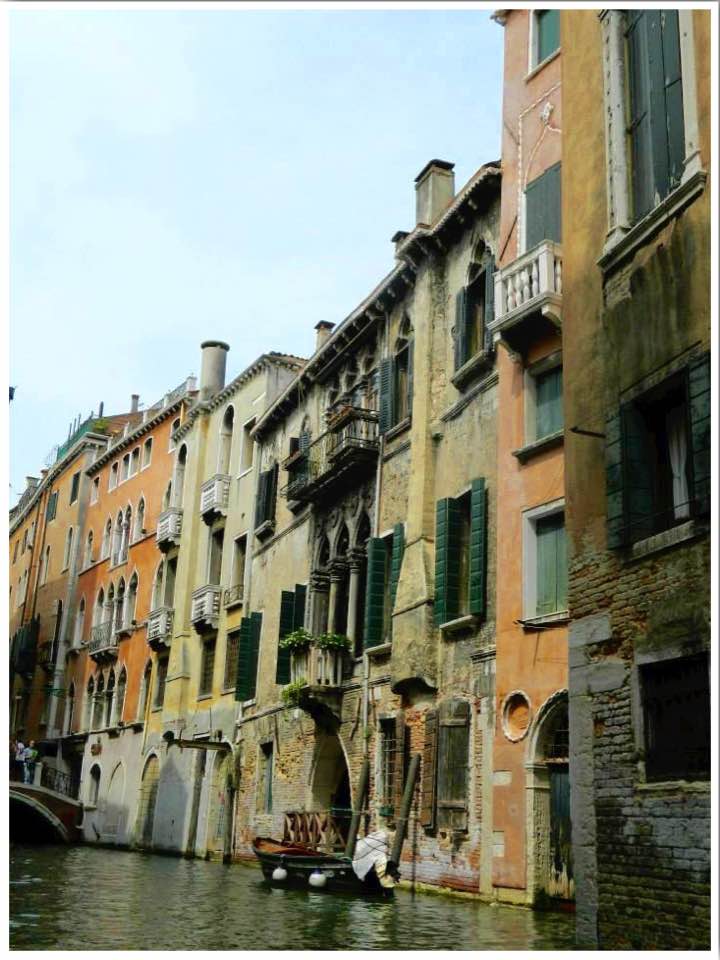 Going under the tiny foot bridges was interesting, the Gondolier had to duck and even tip the gondola slightly just so it was able to fit under!

Temporarily we were catapulted back into Venetian reality as we came out of a side canal and ended up on the Grand Canal right in front of the Rialto Bridge and waterside coffee shops…along with much bigger and faster boats compared to our Gondola!  We looped back round (past Marco Polo’s and Casanova’s homes!) and returned to the point where we set off from. 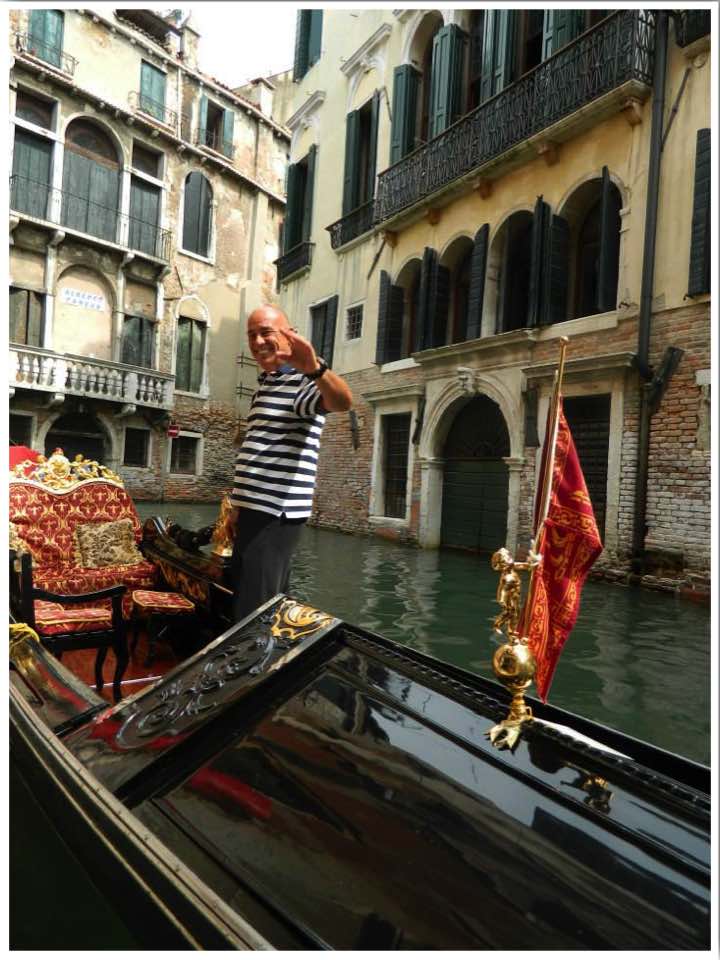 A definite highlight of my trip.  Being as part of a family of 4, the price we paid each didn’t work out too badly.  I don’t think I would have wanted to have shared the experience with strangers but to make the Venice gondola price cheaper, this is an option. Wandering the side streets is fun but it really is worth stretching the budget to see Venice from a Gondola!  The Gondola only had one forward facing ‘bench’ seat, me and my sister had to sit on smaller sidewards chairs, so keep this in mind if you do decide to share! 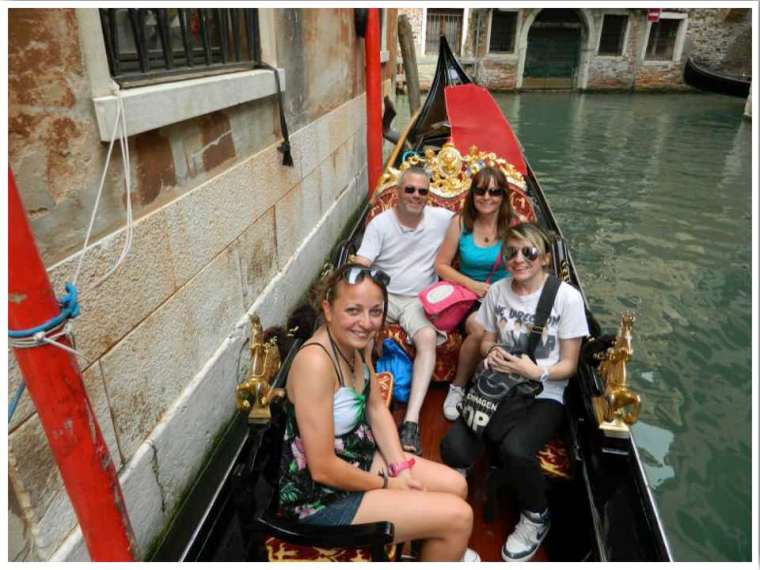 You can pay extra for things like ‘to be serenaded’, but to be honest, we went on one of the gondola rides at the Venetian Hotel in Las Vegas and our Gondolier sung to us as part of the price and it was cringey and awkward.  I have a great piece of video footage of my sister looking so uncomfortable!

Inspired to go on a gondola ride in Venice? Pin it for later! 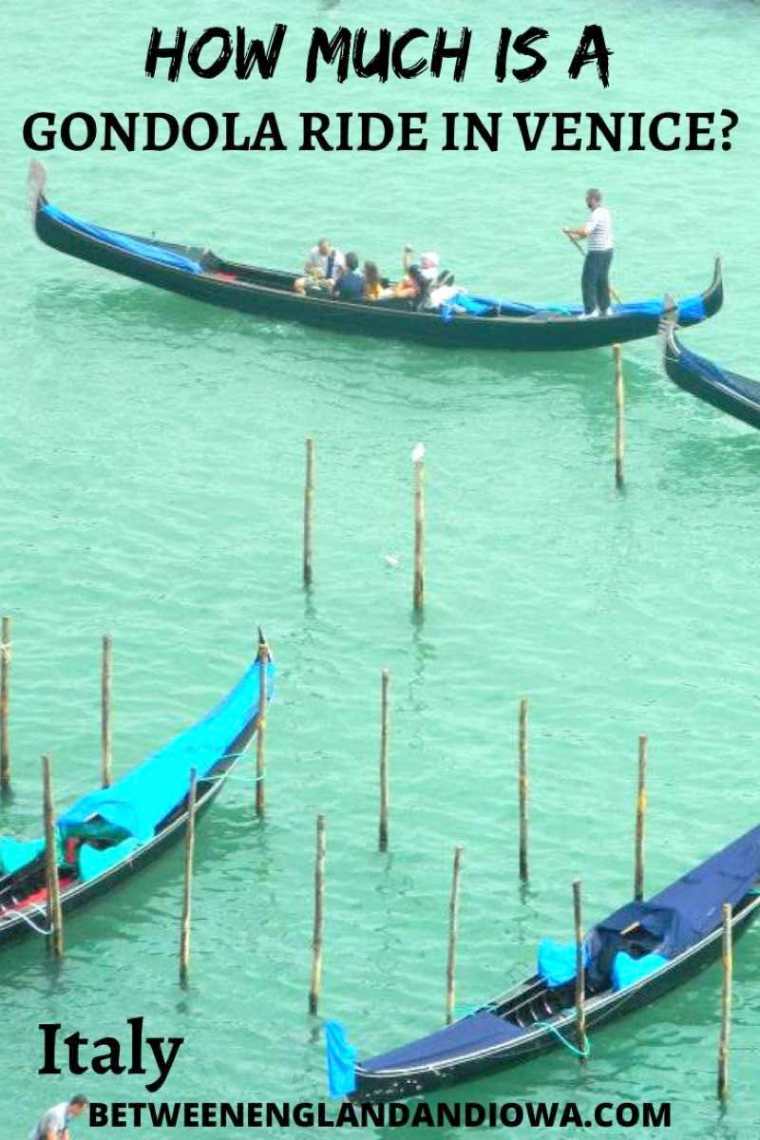 3 thoughts on “How Much Is A Gondola Ride In Venice & How To Save Money!”